News
#Sport the best panacea for depression symptoms #How to do twine? #What workout is worth using for shapely buttocks? #Healthy meals for work, or how to maintain a diet? #Can you exercise while pregnant? #top 5 supplements for active women #Women’s strength training – facts and myths #Sports bras that stiffen the breasts – ranking #Is it okay to exercise during menstruation? #How do you motivate yourself to exercise regularly?
Femgoal › Train with us

Why is karate an activity good for women? 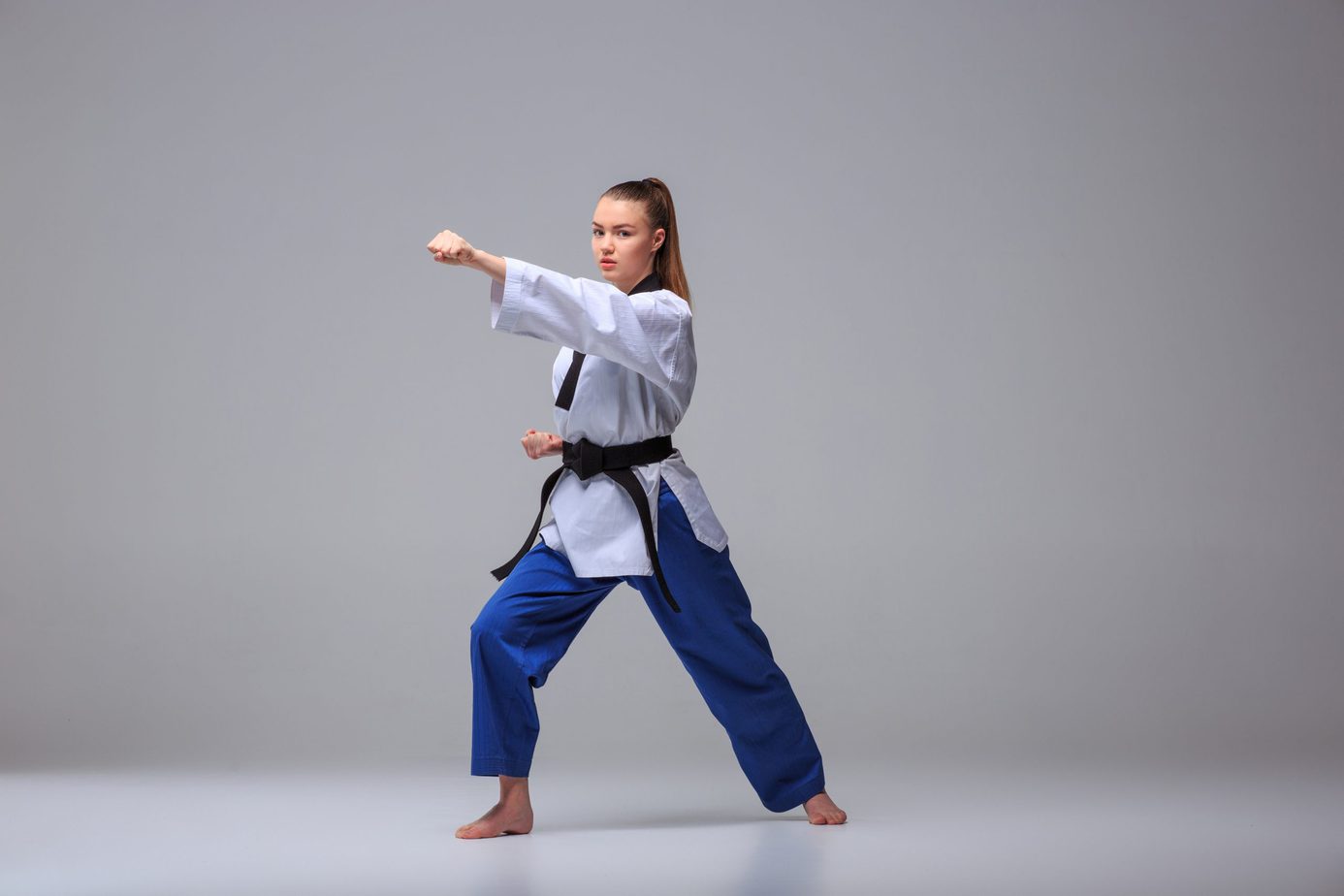 Train with us Your hobby

Karate is a martial art, which until recently was associated only with men. However, as it turns out, it can be successfully practised by women as well!

Karate – what is it?

Karate is an art of fighting without use of weapons. It consists of different techniques of blocking or preventing the attack and counterattacking by hitting with hands and other parts of the body. Strikes in karate can be performed with hand, knee, foot or head. This sport teaches self-defence as well as discipline and fortitude. Karate training is supposed to unite body and spirit and develop self-confidence. The technique of striking blows in this martial art derives from the most important laws of physics connected with body movements.

Skills especially important in karate are: concentration, strength, speed, and muscle contraction and contraction. All these are supposed to master the skill of making particular blows as effectively as possible. A good karateka should also know the basics of psychology. Thanks to this he is able to predict his opponent’s moves.

Karate is directly connected with the philosophy of fighting. Each of the principles listed below is treated equally. They read as follows: perfect one’s character, defend the way of truth, develop the strength of spirit, observe the rules of etiquette, and avoid impetuousness.

We can deal with different styles of karate. One of them is Shotokan. What distinguishes it are economical movements, low body position and hands remaining at the hip level. Another popular style of karate is Goju-ryu, which is based largely on muscle strength. Proper breathing, skilful muscle tension and high pain threshold are equally important here. It is also worth mentioning here Kyokushin, which derives from the above described Shotokan style. The most important elements here are strikes and grabs. Kyokushin consists of 5 elements: ido geiko (movement), iken (mental training), kumite (direct fighting), kata (ways of defence and attack) and kihon (the most important techniques of punches, kicks and blocks). Wado-ryu is also a popular style of karate. It focuses on precision, agility, and avoiding punches.

Why should women practice karate?

Karate is a sport that has become very popular among women in recent years. It is not surprising – it positively influences both the body and the mind. As far as the former is concerned, as a result of regular trainings of this martial art we deal with development of muscles. The back, thighs, calves and arms are developed. At the same time we are dealing with a loss of body fat. Excess weight is replaced here by aesthetically sculpted muscles.

However, this is not the end of karate advantages. Systematic trainings have a direct influence on body awareness, which plays an especially important role in case of women struggling with various complexes. Karate is excellent as cardio training increasing the efficiency of the body.

Why else is it worth to train karate regularly? This sport contributes to increase concentration, patience, ability to pursue one’s goal and improve control over emotions.

How to begin adventure with karate?

Karate is a sport which can be practised by almost everybody, regardless of age or fitness level. Both small children and disabled people train it. In every bigger city you can find at least one karate club. As far as the necessary equipment is concerned, the so-called karatega, i.e. a white outfit consisting of a blouse tied at the waist with a belt and wide pants, will be sufficient for the beginning. The whole is sewn from airy, pleasant to the touch cotton.