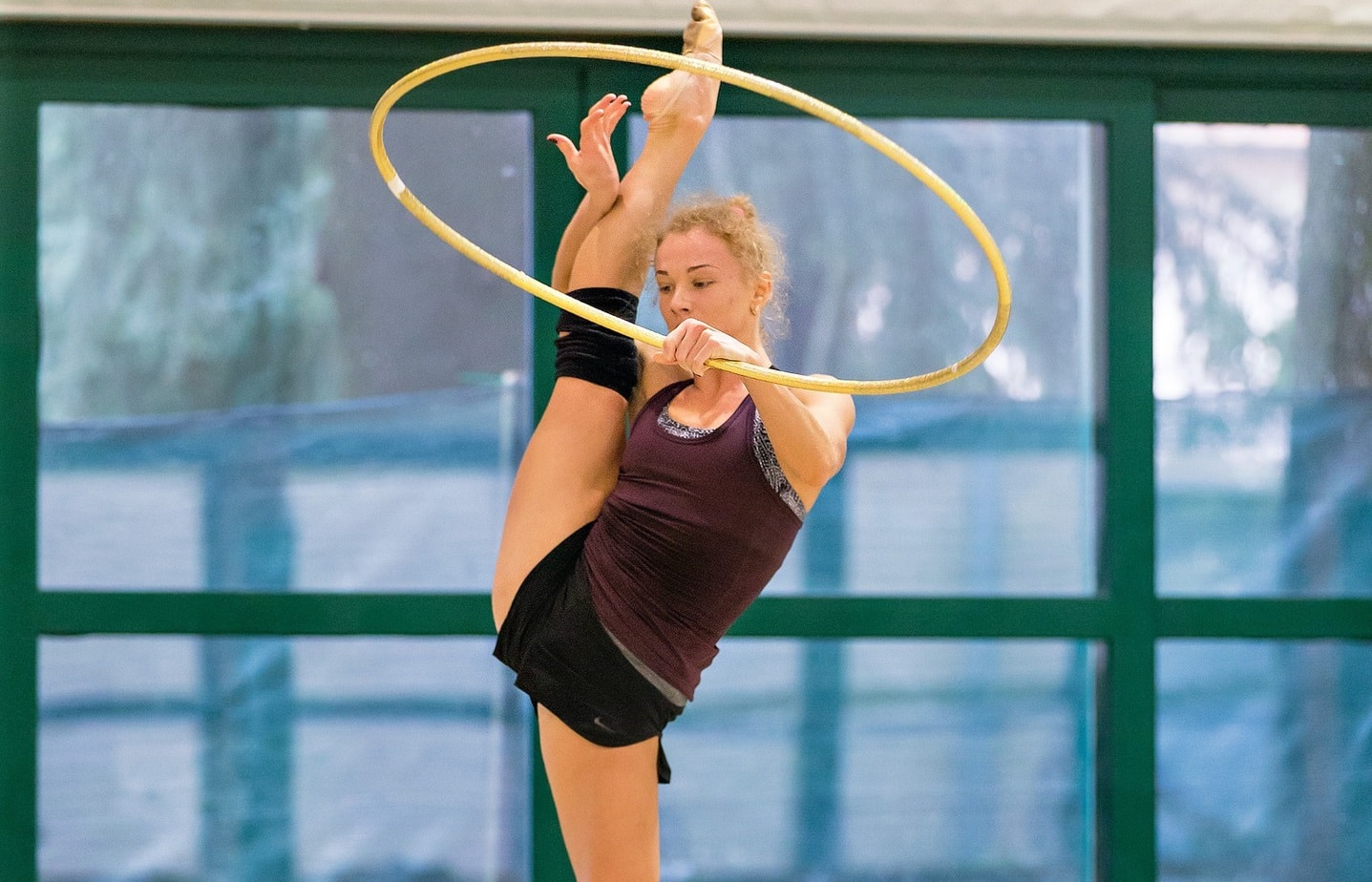 A sport that combines dance skills, acrobatics and gymnastics is a discipline that requires mastery of technique, motor coordination and whole body control. The impact that practicing acrobatic gymnastics has on the development of the body, however, is especially beneficial for the female body.

Artistic gymnastics involves the proper performance of prepared choreographic arrangements using hoops, ribbons, balls, skipping ropes or maquettes. The use of gymnastic equipment is mandatory in every performance. The shows take place on a field, the side of which measures 13 meters.

Competitions of gymnasts are judged by a special jury, which awards points for the layout and technique of performance, 10 points per category. The jury evaluates aesthetics, rhythmicity, execution, mastery of the gymnastic equipment, musicality, evolutions and individual stunts performed during the presentation.

Prepared performances are based on a number of gymnastic systems described in detail in the rules. The rules are established according to the use of specific sporting instruments. As part of the exercise with the ball, the athlete may tussle, toss or roll the ball. Dropping the ball results in negative points.

An arrangement performed with a skipping rope involves performing pirouettes, jumps, or throws using it. The most difficult object accompanying the acrobatic gymnast is a ribbon, attached to a special stick. During the performance, the athlete must perform specific movements while maneuvering the ribbon.

The gymnastic hoop is another of the instruments that allows for the effective execution of a dance routine. Weighing about 300 grams, the hoop should be exposed by spinning in the hoops of different parts of the gymnast’s body. The layout can also use special maquettes, which are used for spectacular juggling.

During the presentation of the choreography of the gymnastics-acrobatics system, the athletes show their technical skills, physical fitness, sense of balance and control over body movements by performing a variety of gymnastic figures. The basic acrobatics of artistic gymnastics include the bridge, headstand, tumbling, and various types of twine, handstand, or stars.

Effects of gymnastics training on the body

Regular training to prepare the body to perform complex acrobatic sequences significantly affects the development of the entire body. The first advantage of practicing this discipline is the development of correct posture. People engaged in artistic gymnastics develop the habit of maintaining an erect posture, straight spine, tense shoulder blades and a drawn-in abdomen. The sport can be injurious, especially to the muscles of the spine, but practicing proper posture reduces the risk of permanent injury.

Acrobatic gymnastics, like most sports, strengthens the muscles throughout the body and slenderizes their shape. Increased strength and endurance of muscle tissue is the basis for gaining full control of the body while performing acrobatic circuits. Female athletes involved in this Olympic discipline at the professional level are also well stretched, agile, aware of their bodies, and their movements are smooth, rhythmic and fast.

Achieving international success at the professional level requires systematic training from an early age, which is why this sport is one of the most technically demanding. Strength and physical fitness is only one of the basic aspects of the sport. The key to success is perfect mastery of technique, which allows for automatic execution of the individual movements of each prepared layout.

Previous Posts Want to take care of your line before the vacations? Try Kourtney Kardashian's simple detox!
Next Posts Intensive tabata - sets of exercises for advanced