What effect do martial arts have on a woman’s figure? 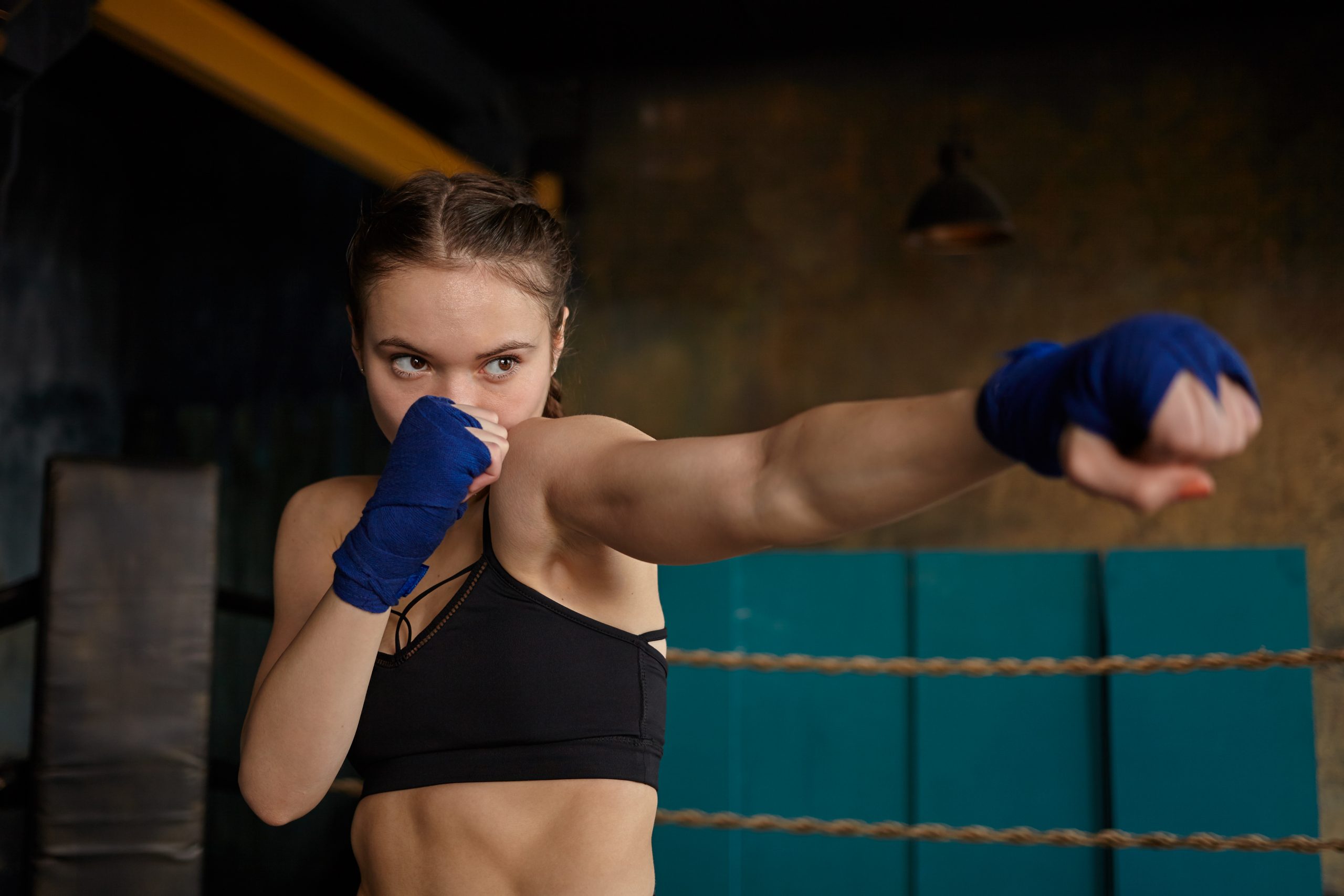 Martial arts affect not only physical fitness, but also mental health. For a woman, each of these aspects is important, but it’s worth checking out how martial arts affects the female physique!

You don’t have to look far to find examples of strong female media figures who practice martial arts. The best known and most successful Polish woman is UFC fighter Joanna Jedrzejczyk, who has won three professional world titles. Among the martial arts she trains for her fights are boxing, muay thai and kickboxing. Celebrities Jennifer Lopez, Alexandra Lima, Angelina Jolie and Doutzen Kroes have also boasted about their martial arts training. The experience of each of these women can become an inspiration for others!

I’m so sore after yesterday’s strength training but super happy that I did an amazing grappling training at Kaiser….

Anyone can train. All skills will come with time, the basis is commitment, patience and regularity. Like most trainings, martial arts also improve the body’s physical fitness, build and strengthen muscles and increase the body’s mobility. Martial arts are demanding, which is why the exercises associated with them are great for stretching the body and improving breathing capacity. Additionally, they have a positive impact on the psyche, concentration, general well-being, mood and discipline. Eastern martial arts include elements of meditation or yoga to strengthen the ability to remain calm and focused. They also allow for self-defense in the event of an attack, which also increases our self-confidence.

How do martial arts affect the female body?

Exercises associated with martial arts primarily build muscles in which strength appears. The arms, back, thighs and calves are developed. This does not mean weight gain, but rather the loss of excess body fat. In place of the existing folds and unnecessary kilos, sculpted muscles appear. Systematic training also increases body awareness, which is particularly important for women’s self-esteem. Martial arts can quickly tire out the body, but they also work well as a good cardio workout, increasing the efficiency of the whole body.

How to choose a martial art for a woman?

There are many schools on the market offering classes in various martial arts. However, a particular discipline should be selected according to the individual needs of the female athlete. It is generally accepted that for women the most effective arts are those which will help them to easily repel basic forms of attack. This is due to anatomical conditions, according to which a woman has a smaller bone structure and less strength in her muscles. This is not a rule, of course, but biologically women will find it easier to train karate than judo, which requires a lot of physical strength and significant body weight.

Training not all martial arts will be helpful in building a dream figure. Regular exercise will increase the body’s physical capabilities and improve its form, but it may not give the desired results. Therefore it is important to prepare properly, do some research and clearly define one’s expectations, then the choice of martial art will certainly be a success.

Among the disciplines which can be recommended to women is krav maga, an art developed with a view to fast and effective self-defence. The technique involves overpowering an opponent with as little effort as possible.

Equally attractive may be the traditional Japanese art of hand-to-hand combat, based on the principle of “yielding defeats strength.” Giving in to a stronger opponent is ultimately supposed to give an advantage to the weaker fighter, so as to offset the opponent’s strength.

Martial arts suitable for the female anatomy also include karate, muay thai, aikido to help calm down or boxing and kick-boxing for a quick calorie burning and dynamic workout.